It has long been believed that the proper way to shoot a basketball is a shot with as much arc as possible, allowing the ball to “see” as much of the hoop as possible before descending into it. This theory came into the popular eye only a few years after Sir Isaac Newton invented physics, as well as the 1-3-1 zone defense, revolutionizing a game that would not be invented for another two hundred years.

But since then, we split the atom, we discovered quantum mechanics, and we have caught a fleeting glimpse of James Harden’s quadruple stepback. With the tools we have now, shooting in basketball is due for another upgrade. With the arced method of shooting, even the slightest error in shot leads to the ball bouncing off the rim and into the hands of the opposing team. Harden’s Rockets know this inefficiency well (see: 2018 Western Conference Finals, Game 7). While basketball players spend hours perfecting their form to allow for the cleanest entry into the hoop as possible, there exists an easier way to optimize scoring and increase shooting efficiency.

Consider the following scenario: the Warriors inbound the ball to Steph Curry, down by two with five seconds remaining in the game. He slows down as he approaches the three-point arc, faced with a tough decision. He can pass the ball for an easy, game-tying layup, he could shoot a moonshot three-pointer, or he can throw the ball at the backboard so hard that it pops and falls into the basket. The standard basketball is 4.73 inches in radius at 7.5 Psi. In Measurement of the mechanical properties of the handball, volleyball, and basketball using DIC method: a combination of experimental, constitutive, and viscoelastic models, Kirimi et al (2015) calculate the maximum stress of a basketball and analyze how a basketball is deformed when external pressures are applied. 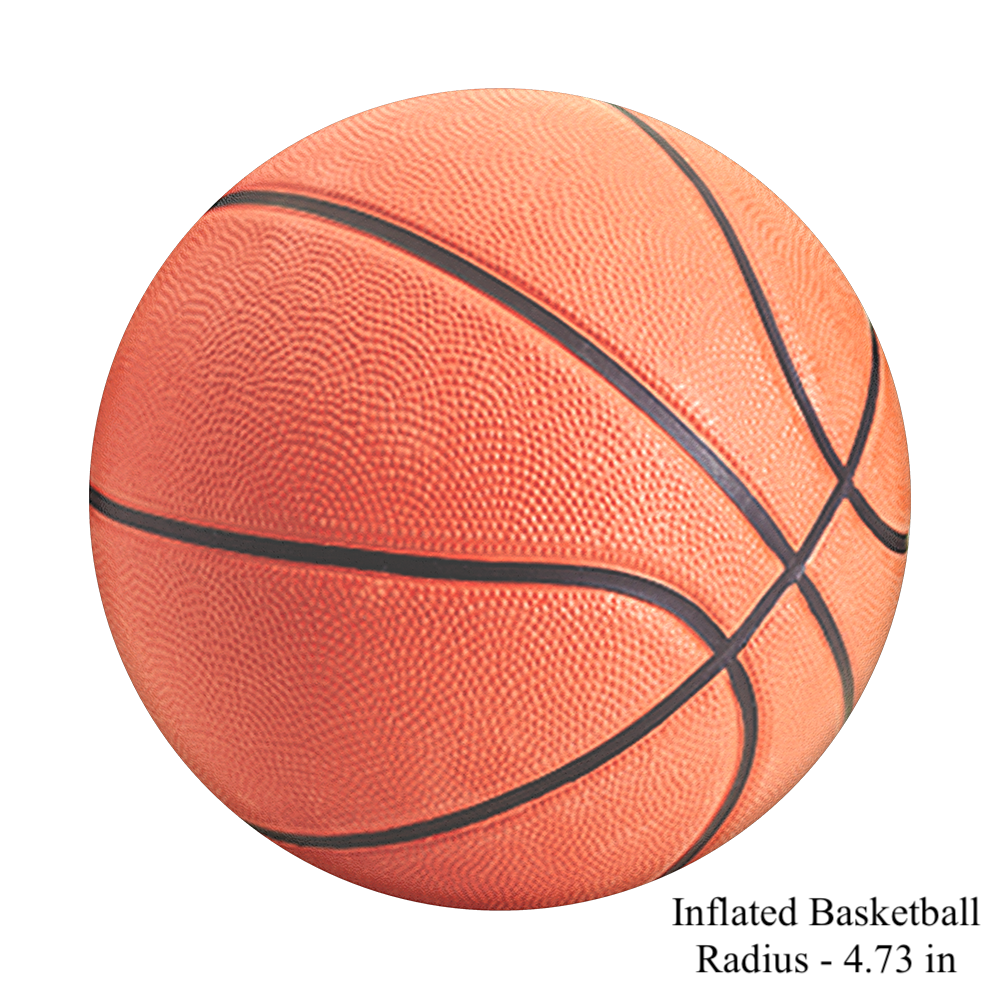 The maximum stress a basketball can take is 8.85 Psi and the elasticity modulus is 591.25×10^3 kPa, meaning it takes 591.25×10^3 Newtons of force to change the basketball’s volume one cubic meter. In order for the basketball to reach 8.85 Psi, Boyle’s Law says that it would require a change in volume of 71.98 in3. Using the information given to us, and performing the deformation calculations, the basketball would need to be launched at a speed of 275 mph, a modest speed for any professional basketball player.

Once the basketball is popped, due to conservation of mass, it flattens out, going from a sphere to a deflated shell of leather that is about three inches thick (pictured below). This new form of the basketball is 140.6 in2 in surface area and about 7 inches in radius, looking like a large pancake. The distance between the backboard and the rim is six inches, so the larger, less bouncy basketball will flop into the hoop, as the majority of its mass will be over the hoop due to the slight impulse provided by the backboard. 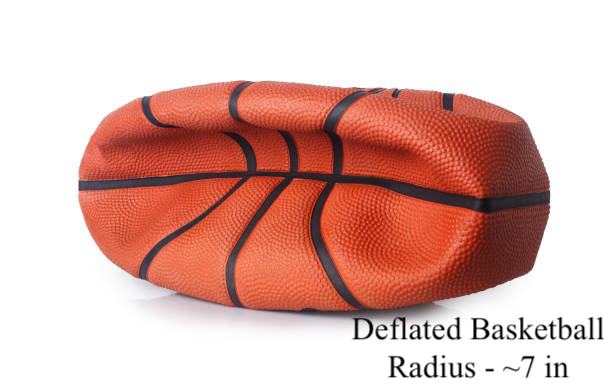 If Curry steps up, absolutely hurls that basketball at the backboard at 275 mph, it’s game over, Warriors win.

If you have any questions for Jackie about this article, please feel free to reach out to him at jackiemoon@aprilfools.edu

A Method to the Madness: Predicting NCAA Tournament Success
After Years of Failed Free Agency Pitches, the Dallas Mavericks Finally Have Their Stars