Sports media’s talking heads have dismissed Tim Tebow’s time with the New York Mets as “unearned” and “an embarrassment.” But the numbers tell a different story.

In fact, according to the numbers, the analytics, the stats, and even a few metrics, Tim Tebow isn’t merely good enough to play baseball—he’s in line to be one of the game’s brightest stars.

Using data from Spring Training (no sites have regular season data for Tebow as of this post), I calculate that the former football star is, by a wide margin, the finest prospect in the Mets organization.

First, I limited the pool to Mets players whose batting averages were among the team’s top 50 this spring. The next step required a statistic even more advanced than batting average. That’s why I created SLugging Over OPS for Fielders (SLOOF). The formula for SLOOF is as follows:

Because the term in the denominator is squared, this stat is officially quadratic. Let’s see how Tebow stacks up compared to other Mets:

Using SLOOF, it’s clear that Tebow deserves not only to make the MLB, but that he should be starting on day one. For some perspective, consider this: the Mets’ next closest SLOOF is 200, more than 5700 away from 5920.

While we know that Tebow in his current form is a premier ballplayer, questions remain about how his abilities will play out in the future. Fortunately, we can use linear regression to project his future numbers.

This spring, Tebow started out with 0 hits in 0 games played. While it may be too early to make such bold comparisons, it’s worth noting that Tebow shares this statline with some legendary seasons, including Barry Bonds 2001, Babe Ruth 1921, Mark Bellhorn 2003, Sammy Sosa 1998, Bellhorn 2004, Bellhorn 2006, and Rogers Hornsby 1924.

Tebow finished the spring with 4 hits in 9 games, a positive, causal relationship illustrated by the following graph: 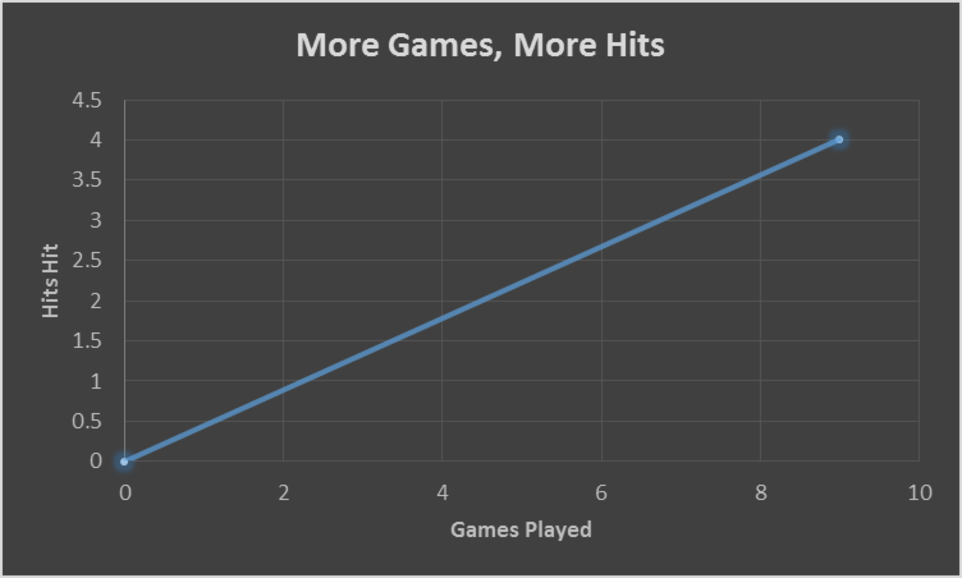 If we assume this rate to keep up, the sky is the limit for Tebow. Given the proper number of games, there’s no reason Tebow shouldn’t join the 3000-hit club: 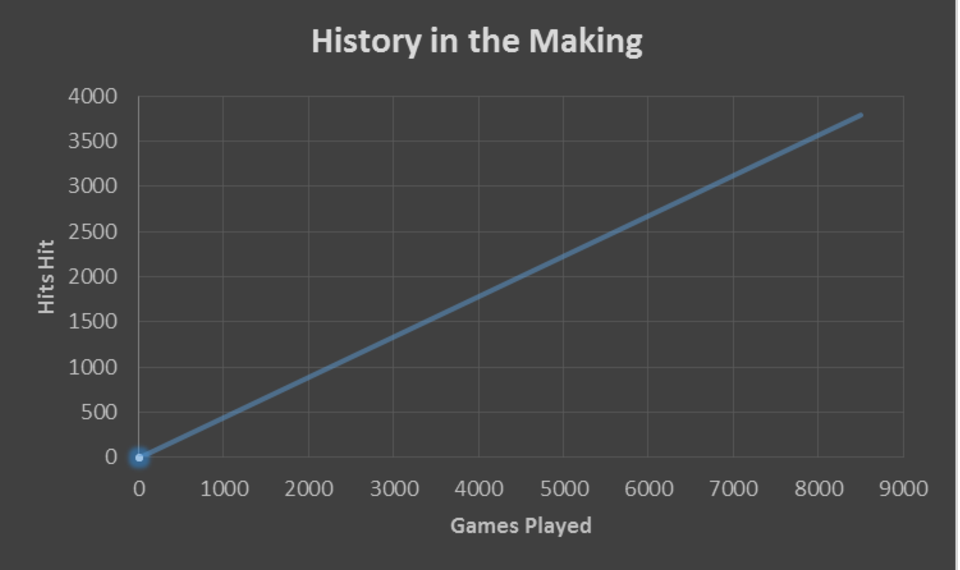 So while it has become fashionable in the hot-take crowd to doubt Tim Tebow, the consensus among sabermetricians is that Tebow is a present and future star. Teams would be wise to move any assets in their pursuit of him.