Worth noting, though, is that Steph and Klay have basketball-playing brothers. Seth Curry had his best season yet in 2015-16, but his career has been marked largely by stints in the D-League. Mychel Thompson has also struggled to match his brother’s success. A five-game stretch for the Cavaliers notwithstanding, Mychel has played his professional ball in Europe and the D-League.

All this leads us to wonder whether second-generation NBA players go on to different career outcomes than their first-generation teammates. Could it be that the NBA shows legacy preference?

To test this, we used Wikipedia’s list of Father-Son duos in the NBA. This includes a few instances in which the father played in the ABA. In theory, nepotism would still show in these cases.

Next, we gathered data on NBA draft position and outcomes. Our stat of choice is VORP, a rate statistic based on other measures like points and rebounds. Because we want to see if second-generation players are overvalued relative to draft position, we’ll only look at each player’s first four years in the league. Our approach excludes undrafted NBA legacies, Seth Curry and Mychel Thompson among them. We also restricted the data to only include drafts since 1989, the year the NBA draft switched to two rounds—a far cry from the 21-round marathon of 1968. This still gives us nearly 50 cases of second-generation NBA players. In fact, every year between 2002 and 2015 saw at least one draftee whose father played professionally. 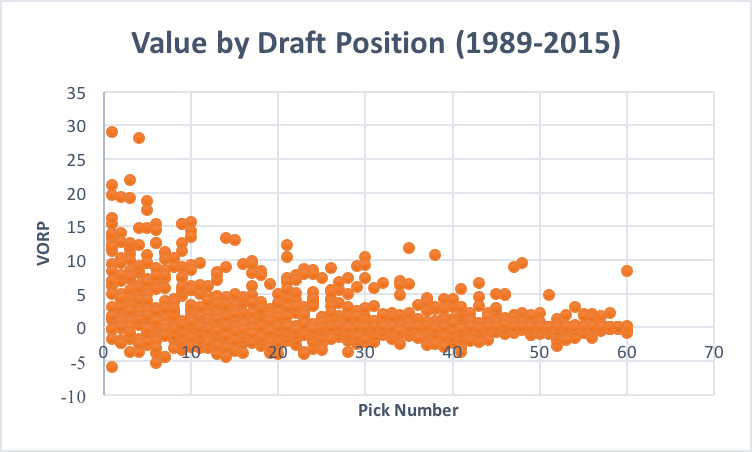 To test whether second-generation NBA players are disproportionately likely to be busts, we built a general additive model that predicts VORP based on draft position and an indicator variable for whether or not a player’s father was in the NBA.

To account for non-normality, we performed a log transformation on the VORP variable. Before doing this, we had to add a constant to each player’s VORP to avoid taking the log of a negative number. This approach yielded the following draft curve: 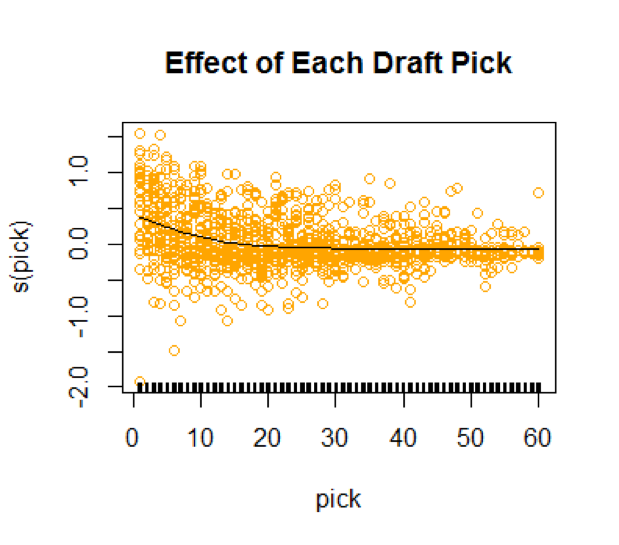 The model awarded a positive but insignificant coefficient to the “Father Played” indicator. Adjusting for draft position, a second generation player is expected have a VORP that is about 2% higher than his first-generation peers through four years. Overall, this suggests that there’s limited evidence to support the idea of legacy preference in the NBA Draft.

It’s still possible that second-generation NBA players are disproportionately likely to be signed as undrafted free agents. Teams may be willing to take chances on undrafted NBA legacies like Seth Curry and Mychel Thompson. But when it comes to the draft, fans should rest easy when their team selects a second-generation player.